About Rising:
Rising is a weekday morning show with bipartisan hosts that breaks the mold of morning TV by taking viewers inside the halls of Washington power like never before. The show leans into the day’s political cycle with cutting edge analysis from DC insiders who can predict what is going to happen. It also sets the day’s political agenda by breaking exclusive news with a team of scoop-driven reporters and demanding answers during interviews with the country’s most important political newsmakers.

Saagar Enjeti and Ryan Grim discuss the latest reporting on the Pentagon’s investigation into UFOs. About Rising: Rising is a weekday morning show with bipartisan… 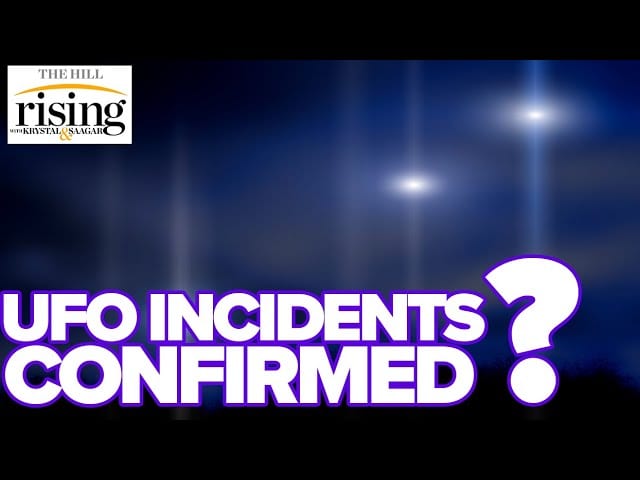 Krystal Ball and Saagar Enjeti discuss new UFO sightings. About Rising: Rising is a weekday morning show with bipartisan hosts that breaks the mold of…

Krystal Ball and Saagar Enjeti react to former Sen. Harry Reid’s comments about UFOs in a new documentary he is featured in. About Rising: Rising…

Follow on Twitch: https://www.twitch.tv/actdottv Julianna welcomes back noted Author/Intercept Washington Bureau Chief Ryan Grim, to discuss how the Democratic party machine can be difficult, if…