Today Bill Gates gave an interview to Bloomberg and among other things talked about Tesla CEO Elon Musk saying he built great electric cars with quality and compared him to Steve Jobs per reporter’s request.

“The fact that Elon Musk and others did a great electric car is a huge contribution to the climate change effort. He did it with quality. It’s still a little premium-priced, but he’s got that initial market, and that market’s going to grow, and other car companies, seeing his success, will come in. The question of what’s the profit per car and what’s the market share of Tesla, that’s for stock people. That’s not a climate change issue at all. The difficulty on the other areas is much higher. I’m not trivializing in any way the need to raise the market share of EVs, but on a relative basis, that’s far easier than the industrial economy, where our progress is very small. We are grossly underinvested in these hard areas,” Gates said to Erik Schatzker for Bloomberg Green.

Bloomberg’s reporter also asked if Elon Musk is the new Steve Jobs. To that question, Bill Gates answered in the following manner.

“If you know people personally, that kind of gross oversimplification seems strange. Elon’s more of a hands-on engineer. Steve was a genius at design and picking people and marketing. You wouldn’t walk into a room and confuse them with each other.”

That was the part about Elon Musk in the entire interview. As you can see Gates didn’t refer anything to Elon’s previous tweet and he did it right.

But before this section of the interview Gates talked about energy and electric vehicles, about which I talk extensively in this report.
”
#ElonMusk
#BillGates
#Tesla
#ElectricVehicles

This is Armen Hareyan from Torque News. Please, visit us at https://www.TorqueNews.com for daily car sector news and follow us on Twitter at https://twitter.com/torquenewsauto for daily automotive sector tweets. And if you would like to support our channel, I would really appreciate buying us animated applause once a month by clicking on the applaud button, which is next to the Like button, if you are watching this video on a desktop. You can go to https://www.TorqueNews.com/tesla for our daily Tesla news coverage. 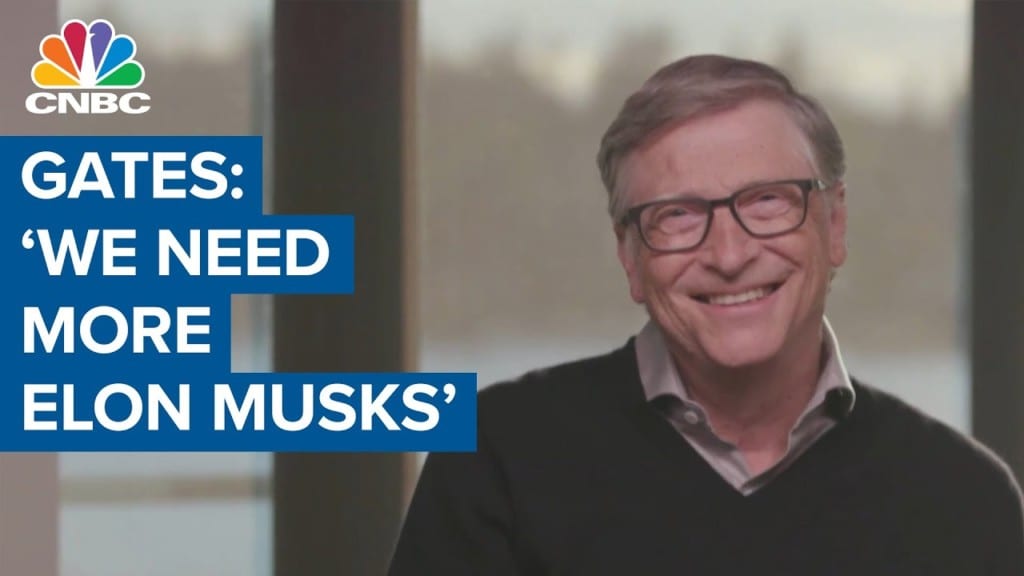 Bill Gates said in an interview with CNBC’s Andrew Ross Sorkin that the world needs more entrepreneurs like Elon Musk to take on climate change.…

One day Tesla will enter the business of making electric planes as Elon Musk says there is a need for a supersonic jet. More specifically,…

One day Tesla will enter the business of making electric planes as Elon Musk says there is a need for a supersonic jet. More specifically,…